As our developers are submitting their games and getting ready for the IMGA SEA edition, we thought it might be time to try and get answers as to what cryptocurrencies are. Explained by an expert in a way that even crypto-dummies like myself, are bound to understand. Many thanks to IMGA friend and CEO of Altitude Games, Gabby Dizon for his time.

Hi, Gabby, please introduce yourself in a few words to those who don’t know you.

“My name is Gabby Dizon, I’ve been in the game industry for the last 15 years, including CEO of Altitude Games in the last 4 years and just launched our blockchain game platform, Alto.io in March of this year.” 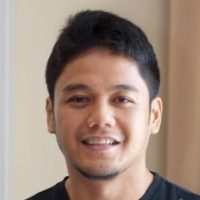 “Games have always dealt with virtual currencies in their games. Usually, these currencies are specific to a game’s own economy and cannot be ported outside to other ecosystems. It’s no accident that many of the pioneers in cryptocurrency come from the gaming virtual currency space. It has a lot of the same characteristics but has the advantage of being usable as true currency.”

The value of Cryptocurrency tends to fluctuate heavily, which makes it look like a sort of bubble. Do you think the bubble will burst?

“Right now the blockchain industry as a whole is still new, and there is a lot of speculation which leads to the high volatility. As projects mature and the industry takes more shape, we will see more stability in cryptocurrency prices. I can’t really say whether it’s a bubble or not at this point, but cryptocurrency itself is here to stay for the long term.”

Can anyone get into cryptocurrency and how hard is it? What are some tips for beginners before investing (apps, websites)?

“I only started getting seriously into cryptocurrency last year. I heard about Ethereum and how it can be programmed to make decentralized applications (Dapps). That’s when we started researching what blockchain could mean for games. Which led to the launch of our new game platform, altio.io. Alto helps game developers user a new item-based economy by putting their game assets and items on the blockchain. These items become portable across games and have provable digital scarcity.”

How can you change cryptocurrency into real money?

“Cryptocurrency is usually changed into fiat (“real” money aka USD, EUR etc.) via a cryptocurrency exchange like Coinbase or OTC desks/websites.”

What are the main difficulties people tend to face with cryptocurrency?

“The biggest problem tends to be the volatility/price instability of a cryptocurrency. This makes it hard for the currency to be used as payment for real-world goods and services, because the price may swing wildly. This also makes it hard to use it as virtual currency inside of a game economy. This is why at Alto, we are focused on the tokenizing of game assets instead of cryptocurrency. Blockchain-based game items are a real game-changer. Once the player buys an item, he or she owns the item forever, even if the game shuts down. Imagine if characters bought on Disney Infinity were blockchain based and you can use them on any game that accepts these characters. Even if Disney Infinity shut down, you could still play these characters in all future Disney games. This is the promise of blockchain-based game assets.”

What are your current projects? Do you also have projects planned for the near future?

“We’re currently focused on launching the Alto platform. Partnering with developers worldwide to build their Item Stores as a crowdfunding method of selling game items to their player community. Contact us via our website or at our Telegram Channel if you would like to have blockchain-based items in your game!”