This is an official press release from our partner Game Prime.

Jakarta, July 20th, 2018 – The biggest gaming event in Indonesia set another new record! BEKRAF Game Prime 2018 that was held on 13-15 July 2018 became not only a place to meet fellow game industry stakeholders and create networks, but also a place for gamers to have fun and play games all day long.

This year, BEKRAF Game Prime 2018 was held with the same format as last year. One day (13 July 2018) was the B2B or Business Day where the game industry’s stakeholder could meet, share their knowledge, and create a new collaboration opportunity. And the last two days (14 to 15 July) were the B2C or Public Day where gamers from all across Indonesia could play the latest local games and also enjoyed some eSports tournament.

Almost 17,000 visitors attended this event. Around 709 participants attended B2B day that was held in Ayana Midplaza, Jakarta, And then, two days of Public Day was attended by 16,270 gamers, exceeding venue’s normal capacity!

The B2B conference presented more than 10 speakers, both from local and international game companies. They shared their insights about the game industry, such as how to maximize your network to grow your business; how to market your game from the indie perspective; and how to create a beautiful yet engaging game design.

This event was not only a place to gain some new insight but also a place to meet new people and discuss possible future collaborations. More than 700 developers, publishers, investors, and the press attended this event. This number is an increase from the 600 attendees in the last year’s event.

More than 100 local games to play!

B2C day looks like “Lebaran” for Indonesian indie game developers. There were more than 100 locally made games to play, both digital games and actual board games. BEKRAF gave free booths to 50 best indie developers who successfully made their way through the curation process.

Some big names got bigger booths and got really creative with it. Own Games decorated their booth like a coffee-stall while Rolling Glory Jam held a mini-concert on the second day. Digital Happiness introduced their cross-platform DreadOut universe’s project; and many more!

There were also more than 15 board games that attendees could play. Not only that, for those wanting to know about the latest game technology, some VR company such as OmniVR and ShintaVR showed their latest project. Looks like a new era in VR will come in the near future of the local game industry!

Every year, BEKRAF Game Prime always gives awards to the best Indonesia games, developers, and others through an event called Game Prime Awards. These awards were given to the winners of eight available categories. And those are Most Innovative Gameplay, Most Promising Game, Industry Icon of the Year, Best Tabletop Game, Best Publisher, Best Booth, Citizen’s Choice Awards and Game of the Year.

And the winners of the Game Prime Awards 2018 are:

See you in BEKRAF Game Prime 2019 next year! 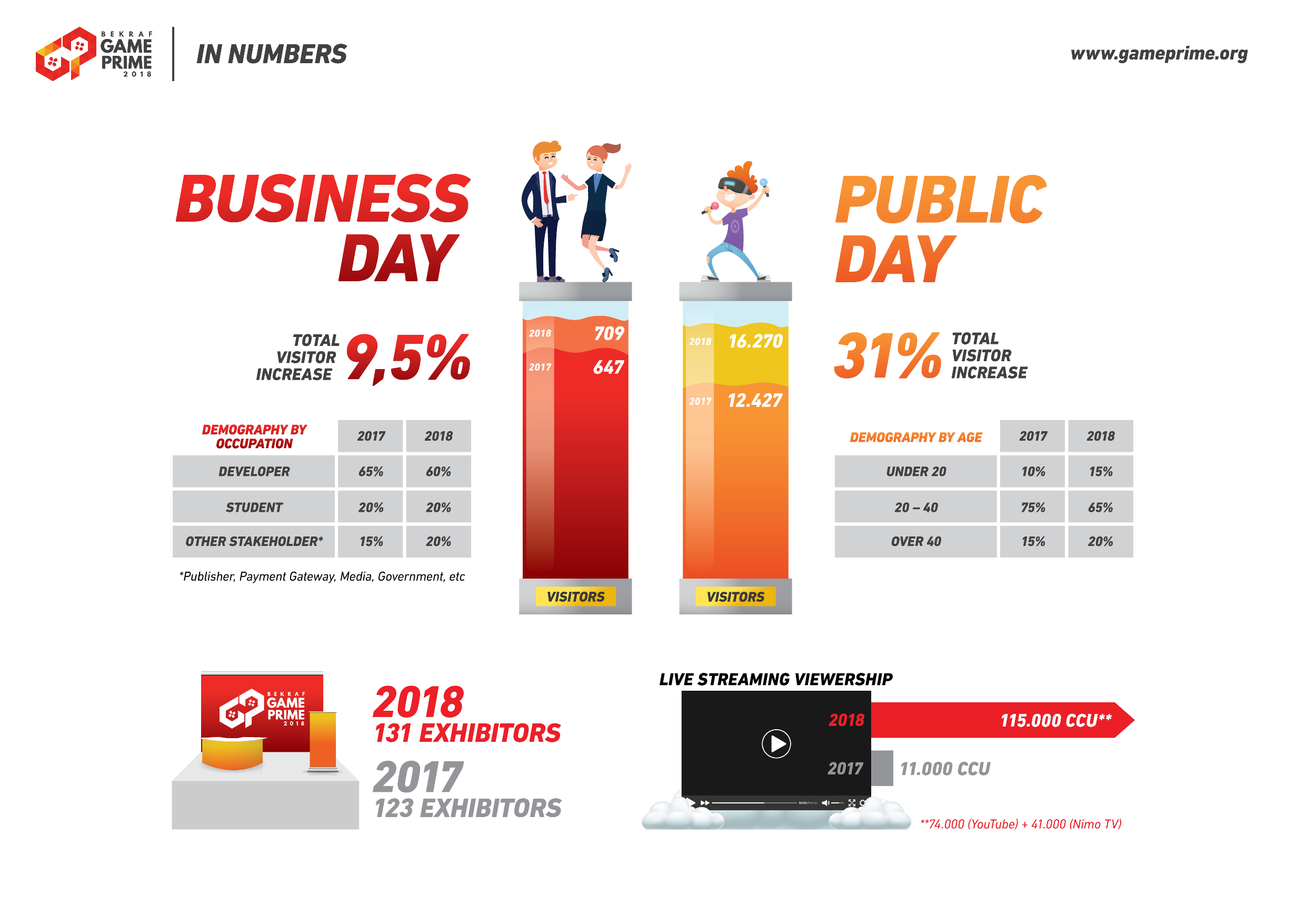